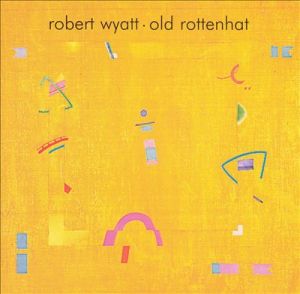 My essay ‘“Words Take the Place of Meaning”: Sound, Sense and Politics in the Music of Robert Wyatt’ has been published in The Singer-Songwriter in Europe: Paradigms, Politics and Place, edited by Isabelle Marc and Stuart Green (Routledge).

ABSTRACT: When we speak of singer-songwriters we tend to consider voice as both literary tool and musical instrument, and of the resulting persona(s) of an author and a vocalist. In the case of British musician Robert Wyatt, both writing style and vocal instrument are utterly distinctive and this combined ‘voice’ has served to mediate, and occasionally muddy, the already playful relationship between words and music in Wyatt’s work. Much of his own songwriting, with its predilections for nonsense and the absurd, is articulated via a childlike sense of wonder at the world and a desire to cling to domestic comforts. This is supplemented by a more explicitly political body of work, reflecting Wyatt’s engagement with left wing politics and an ever-increasing geo-political outlook. This political work takes the form of both self-written material and cover versions of work by international singer-songwriters, a process which contributes to a global network of committed music.

This chapter discusses songs from both these sides of Wyatt’s repertoire to explore the relationships between the cultural geographies of singer-songwriters and protest as articulated via words and sound. I begin by considering Wyatt in light of dominant definitions of the singer-songwriter, particularly those that seek some kind of transparent mediation between the artist’s life and their work. Wyatt challenges such notions through his use of word games, coded lyrics or languages that are foreign to him and which arguably lack the sense of authenticity required for the direct address of the confessional singer-songwriter or the protest singer. Furthermore, Wyatt’s art has been as much about sound in general as about music (and in ways that challenge rather than reinforce distinctions between these terms) and, to this end, I include a brief discussion of sound poetry as a way of considering the sometimes problematic relationship between sound and sense. I link this discussion to one of Wyatt’s political songs, ‘Gharbzadegi’, which takes its name from an Iranian term meaning ‘Westernitis’ or ‘infected by the West’ but which Wyatt’s non-Iranian listeners are unlikely to make sense of without additional guidance. I argue there is a tension between language terms and their meanings which is of interest to discussions of confessional or political singer-songwriters, where we would probably expect there to be a more transparent sense of meaning in the words being sung.

More information about the book: The Singer-Songwriter in Europe: Paradigms, Politics and Place.