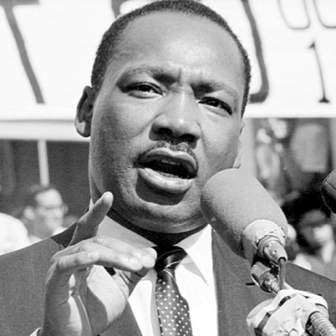 Fifty years ago today, Nina Simone and her band performed at Westbury Music Fair in New York. Three days had passed since the murder of Martin Luther King and Simone used her concert to stage an act of collective mourning and outrage. Below is a re-post of a 2013 entry from my blog So Transported: Listening to Nina Simone, in which I reflect on three of the songs performed that day.

‘Why? (The King of Love is Dead’, Nina Simone’s haunting tribute to Martin Luther King, was one of a suite of songs performed by Simone and her band at the Westbury Music Fair in New York on Sunday 7th April 1968, shortly after King’s murder. Simone begins introduces ‘Sunday in Savannah’, the first song in what subsequently came to be known as “The Martin Luther King Suite”, by expressing surprise that her audience have turned up to the concert hall given the tragic events of recent days. “Happily surprised” that they have, however, she expresses hope that the evening’s performance can act as some sort of healing ritual, or working-through of the mourning process. An elegiac note is struck with the languid ‘Sunday in Savannah’, a song which bears no direct reference to King or his murder but rather imagines a peaceful continuation of everyday life in a religious community, a practice, it implies, which King should have been able to pursue instead of having to take up the fight against an unnecessary evil. The longing here is not for what was but for what might have been had historical circumstances been different, had humankind been more tolerant, or had the dream that King foretold come to pass into reality. The sense of harmonious continuity is emphasized in the musical accompaniment by the organ (played by Simone’s brother, Sam Waymon) and by the lightest of touches from piano, guitar and drums. Only at the song’s culmination do voice and piano become discordant and harsh, as Simone substitutes “Atlanta” for “Savannah”, invoking King’s home town and pointing out “it’s the same thing, same State, same feeling”.

‘Why? (The King of Love Is Dead)’ was a song written by Simone’s bassist Gene Taylor in response to King’s assassination. As Simone says at the outset, the band had had just one day to learn it and the performance subsequently seems to veer between the rehearsed and the improvised. ‘Why?’ has made various appearances on record and CD, initially appearing in edited form on the RCA album ‘Nuff Said (1968) and later being partially restored to its original version as part of the “Martin Luther King Suite” on the compilations Saga of the Good Life and Hard Times and Sugar in My Bowl. The full, unedited version can be heard on the compilation Forever Young, Gifted & Black (2006) and begins in a quietly elegiac tone as Simone introduces the song. Taylor’s suitably epic opening – “Once upon this planet Earth” – sets the tone for a reverential account of King’s life, work and dreams. To begin with, Simone stays clear of militancy as she emphasizes King’s Christian message, the tragic sacrifice he was forced to pay and the possibility that he might have died in vain. Lateness is the song’s keynote: King’s lateness, Simone’s growing sense of lateness (which would transform itself into a perpetual process of mourning) and a general sense of lateness and loss for the civil rights movement. In one of the many unanswered questions of the song, Taylor and Simone ask “is it too late for us all?”

‘Why?’ can be heard as a motivated act of remembering, wondering and yearning. As remembrance the narrative is not inaccurate but, as with many elegies, accuracy is less important than the act of recalling a person’s life and its meaning for a wider congregation. ‘Why?’ acts as a song of wonder and yearning simply through its positing of childishly simple, yet difficult-to-answer, questions. Why does it have to be this way? Why can’t things be different? The black female voice, which Farah Jasmine Griffin describes as one of the “founding sounds” of the USA, has often been called upon to provide solace in moments of historical rupture. It is also a voice that “expresses a quality of longing: longing for home, for love, for connection with God, for heaven, for freedom … a conduit between what and where we are and what and where we want to be”. As with the musical role models amd social movment spokespeople discussed by Ron Eyerman and Andrew Jamison, it is clear that Simone needed to offer a response to the tragedy of April 4 and that those affected by the tragedy needed to hear from an artist of her stature, ability and socio-political position.

But ‘Why?’ does not consist solely of questions. To be sure, it manifests one of the commonly understood phases of mourning in its bewildered and uncomprehending ‘whys’, in its pain and numbness. But it also enacts another phase of mourning by showing anger and a refusal to accept what has happened. After seven minutes of Taylor’s elegiac gospel song (closer, perhaps, to the kind of “sorrow songs” discussed by W.E.B. Du Bois in The Souls of Black Folk), Simone and the band start to raise the volume and the singer’s voice takes on a harder edge as she poses a new question: what will happen in the cities now that “our people are rising”? Utilizing some of the stop-start drama of her reading of ‘Pirate Jenny‘, Simone brings the searchlight of her voice to flash on “that moment that you know what life is”, a moment of decision – an event – where the attainment of a new, more meaningful subjectivity is recognized, a commitment and fidelity that can survive even death. To a dramatically rolling piano accompaniment, Simone testifies that “you know what freedom is, for one moment of your life”. As she returns to Taylor’s lyric – “what’s gonna happen / now that the King of Love is dead?” – the song takes on a new, less fatalistic, more assertive dimension, no longer a question raised to a cruel God, but rather a threat and prediction of “the fire next time“.

During the song, Simone also takes the time to reflect on the loss of other role models and cultural beacons: “Lorraine Hansberry left us … and then Langston Hughes left us, Coltrane left us, Otis Redding left us. Who can go on? Do you realize how many we have lost? … We can’t afford any more losses. … They’re shooting us down one by one.”

Perhaps not surprisingly, Simone also used ‘Mississippi Goddam‘ in her Westbury concert to comment on King’s murder and to connect it to other incidents, not least the church bombing that had inspired the writing of the song. At one point she replaces “Tennessee” with “Memphis”, a reference to the city where King was shot; later, calling upon the audience to join her in song, Simone shouts “the time is too late now … the King is dead!” As if it were not clear that ‘Mississippi Goddam’ is delivering on the threats hinted at in ‘Why?’, Simone declares “I ain’t about to be nonviolent honey!” Unlike the version of the song immortalized on the In Concert album, here it is Simone who is laughing. Her laughter seems as strange and out of place as that of the audience in the earlier version but we should probably hear it as an illogical response to an illogical and impossible situation.